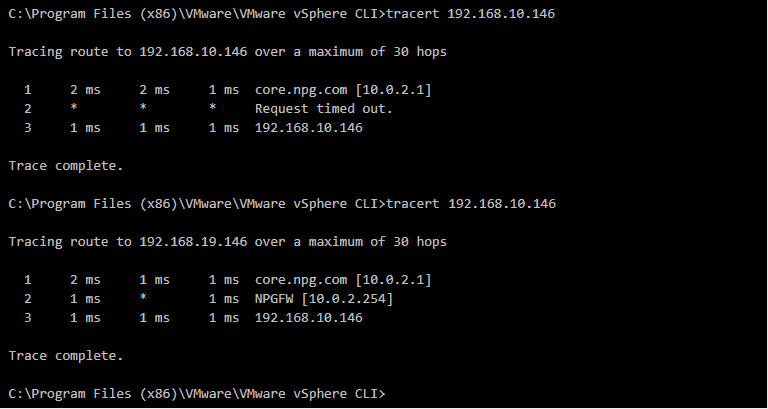 If you’ve been blessed, or cursed, with working in an environment with several network segments separated by routers and Cisco ASA firewalls you know that troubleshooting can be tricky.

One of the first and most basic troubleshooting steps when tracking down a communication issue is to run a traceroute and make sure routing works.

Unfortunately, when you have a firewall in the loop it does not show up in the traceroute.

Fortunately, at least with the Cisco ASA, we can fix this!

But first, lets look at why this happens…

Why do Cisco ASA firewalls not show up in traceroute?

When you run a traceroute from a device such as a router or PC, the device sends either a UDP datagram or ICMP packet with a TTL (that’s Time-To-Live) of 1. The TTL gets decremented by the first device in the path and that device sends back an ICMP TEM (that’s Time Exceeded Message), which populates your traceroute with the IP of that device.

The initiating device then sends another UDP datagram or ICMP packet with a TTL of 2 which is decremented by the second device and returns a ICMP TEM, populating your traceroute with the seconds device’s IP.

By default, ASA does not decrement the TTL when a traceroute hits the firewall. Therefor it doesn’t send back an ICMP TEM. This stops the ASA from showing up as a hop in the path during the traceroute.

To change this behavior, we have to tell the firewall to decrement the TTL.

Enabling “set connection decrement-ttl” on the ASA will allow the ASA to show up as a hop in the path of a traceroute.

To do this we can make a modification to the default policy map (assuming you’re using the default policy-map, which most likely you are) by adding a new class-map containing the command above. We can do this with the following command:

If you re-run your traceroute you’ll now see the IP of the interface on your ASA that is facing you.

Another, more secure, option for implementing this would be to apply the above class-map to a policy on a specific interface instead of globally.

To make the same change we made on the ASA to an appliance running FTD we need to use Firepower Management Center.

At this point you should be able to see your ASA in your traceroutes. If you have a lot of ASAs that you want to apply this change to I highly recommend checking out Solarwinds Network Configuration Manager (NCM) to automate pushing this to all of them (without needing to know a single line of code) and save yourself a ton of work.

I use NCM for all of my bulk command line changes on my Cisco ASAOS and IOS devices. 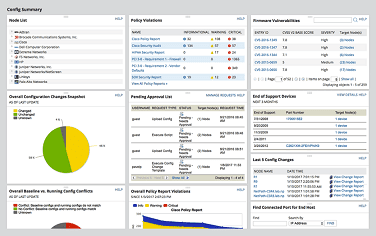 What would you do if one of your pieces of networking equipment failed? Could you rebuild it quickly? Do you know exactly what configuration it had? What ports were on what vlan? What about port channels?
You get the point.
Automate backing up configurations and updating of all your switching, routing, and firewall equipment without needing to know a single line of code with Solarwinds Network Configuration Manager.
This is one of those tools that pays for itself in man hours the first time you need to rely on it. Plus, you’ll sleep easier knowing you really have backed up all the things.